Since 2016, Ararat Martial Arts and Fitness Center has provided its members with a road map to success based on self-defense, confidence and goal-setting skills. 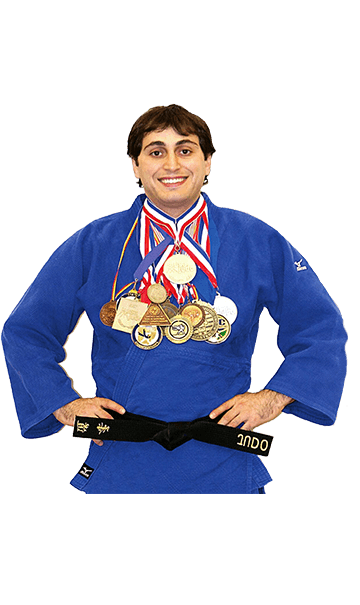 I KNOW HOW DIFFICULT AND CONFUSING
FINDING A MARTIAL ARTS SCHOOL CAN BE.

I remember when I was child, feeling uncertainty about beginning martial arts. I wondered if I had what it took to succeed and I wasn’t the most athletic or confident child - quite the opposite. Little did I know that beginning my martial arts journey would be one of the most profound experiences of my life!

When I opened my school in 2016, I made a commitment to serving and empowering the community of Warrensville Heights by teaching children and adults the confidence, leadership and fitness skills that can only be achieved through martial arts.

We Share & teach The Same Values You Teach At Home.

Our programs have a strong focus on personal development. The foundations of our morals, values and core character traits are formed in our early years. For this reason, the programs at Ararat Martial Arts and Fitness Center are an essential way to enhance the growth and personal development of young students of all ages.

You may have experienced boredom with your usual fitness routine or reached a plateau in your performance or physical fitness results. Our adult programs are the perfect alternative to a boring gym routine, as they help you develop into your maximum potential both physically and mentally by providing real life self-defense strategies in a fun, focused environment. 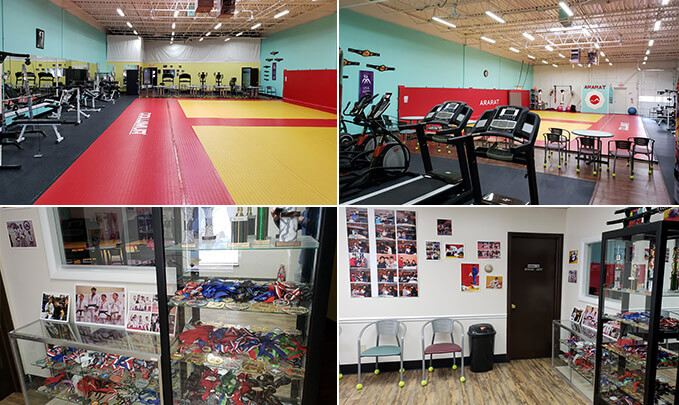 We focus on the personal development aspect of martial arts, not just self-defense moves.

Our instructors are all certified black belts, qualified and licensed to teach martial arts.

Our facility is always clean and features a viewing area for parents, as well as matted floors throughout.

Our Promise at Ararat Martial Arts and Fitness Center:

To Train in the
Highest Quality Martial Arts
Program Available

To Focus On
Personal Development
in a Positive Environment

To Offer Programs
Accessible & Enjoyable
by People of Any Age

WHAT IS JUDO & JIU-JITSU

Judo means ‘the gentle way,’ and it generally lacks the emphasis on striking common to other martial arts. It remains an effective means of self-defense, however, by relying on throwing and flipping a larger or more powerful adversary to the ground, then applying ground combat techniques to control an opponent once they are in a position of disadvantage.

Rather than relying on striking back, it allows the student to use his or her opponent’s strength against them, and subdue them without exerting undue—or unavailable—amounts of power and strength. Judo is meant to be conservative with energy, meaning that it shouldn’t take all of one’s strength to pull off moves to stop an opponent. It’s also meant to transform the student into a person more likely to contribute to society by emphasizing discipline and increasing focus.

Brazilian Jiu-Jitsu is a highly-effective form of self-defense, which focuses on real-life scenarios one might encounter and teaches students how to resist them. It uses leverage and the application of joint locks and chokeholds to defeat one's opponent. Originating in Japan, Brazilian Jiu-Jitsu became a popular martial art form in 20th century Brazil. Mitsuyo Maeda, a Japanese immigrant, taught Jiu-Jitsu to several men including Carlos Gracie and Helio Gracie, who passed it on to their sons.

One of the most fun parts of martial arts training is the ability to test your skills by competing in a tournament. Tournaments are not only fun for competitors, but they also become a great social experience for parents as well!

From sparring to forms to team demos, these awesome competitions are not only a place where our students can test their skills, but also a place where team spirit is built, fears are overcome, and character is developed. Most importantly, they are tons of fun!

One more reason you will love martial arts at Ararat Martial Arts and Fitness Center!

Our classes fill out quickly, therefore

Limited Trial Offers are Available, Act Now!
This is your chance to try our martial arts program at a reduced price with no commitments!

If you want to help your child become healthy, skillful, disciplined, strong-willed, and physically strong, bring them over to train with Ghazaros Grigoryan. We recommend this coach because we see our son growing and obtaining these qualities through training with Sensei Ghazar. Ghazar is extremely talented and creates a fun atmosphere for the kids to learn Judo.

Sensei Ghazar is very outstanding and truly cares about his athletes. He is able to understand and help you with any life or sports problem you have. Always gives you extra work and repetitions that will make YOU better as an athlete. Sensei Ghazar has so much knowledge about Martial Arts especially JUDO. I absolutely recommend this place to anyone who would like to come and join our judo family..:)

My son and daughter have been training at Ararat Martial Art Center for 3 years.Besides flexibility, strength, and self-confidence, they found a lot of friends in this club. Instructor Ghazaros has professional skills and knows how to motivate students of various ages. He has professional judo training program which really works! Besides judo, he has special training programs for girls which helps them to become good athletes in short period. We always enjoy Instructor Ghazaros' classes.

I've known coach Ghazar for a long time and had a unique opportunity and great privilege to learn the European style of judo from him. His uchi-mata is one of the best in the world. He is also teaching a legit class of newaza (groundwork) which enables judokas to complete with jiu-jitsu competitors. I'm planning to visit Ohio to meet him again! I believe practicing judo under his supervision is beneficial for those who want to get gold medals.

The best coach I ever know!!! He knows his job, he knows how to work with kids and adults!!!

The best judo coach that you can wish for your kids. If you believe that sport prepares for life you can't be in a better place.

Hands down the best judo studio around with amazing instructors!